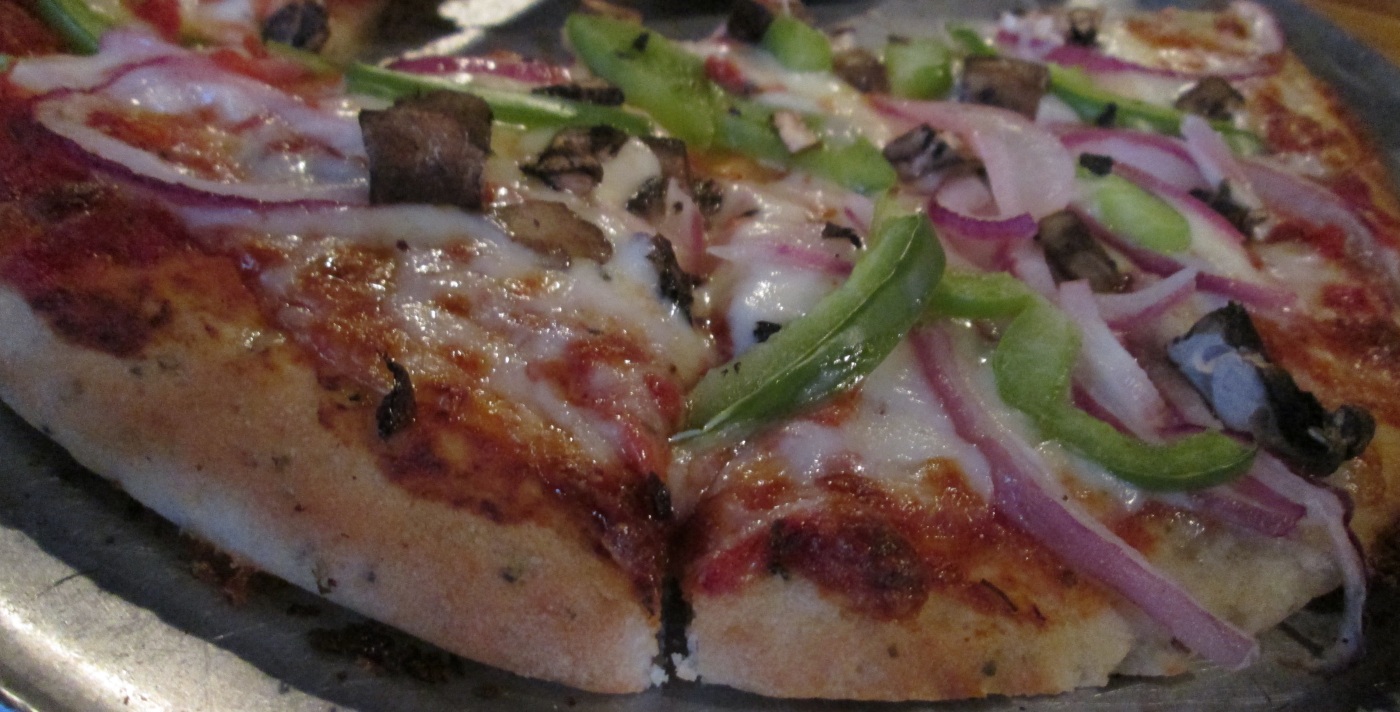 Pizza is a theme this week, and I need to give a shout out to another vegan and gluten-free friendly pizza place I’ve found, on the west side of the state: the Mitten Brewery, in Grand Rapids. You want Daiya cheese on your pizza? With some Morningstar vegan chicken, and vegan chorizo? Yup, they can do all of that. On gluten-free crust. And they’re generous with the veggies, too.

Like most gluten-free crust, the pizza is a tad small— but still, enough for two diners to share (without fighting over the last piece!) The crust looks homemade, and has a crunchy, tasty flavor, and all that a great pizza should be. Also, in addition to craft beers, they have an absolutely delicious raspberry cider on tap. I drank half of it before I thought to take a photo of it (oh, the perils of being a food blogger!)

Inside, the place is airy and energetic. While there are a few TVs on the walls, they’re not distracting, and the sound is turned down low. And I’m happy to see the brew pub seen that seemed to originate with Founders Brewing is going strong in GR— and even happier that some brew pubs are adding ciders to their drink line-up.

For other vegan options: I’ve written about dining while vegetarian in Grand Rapids, and the blogger Oh She Cooks has a great run-down of vegan places there.