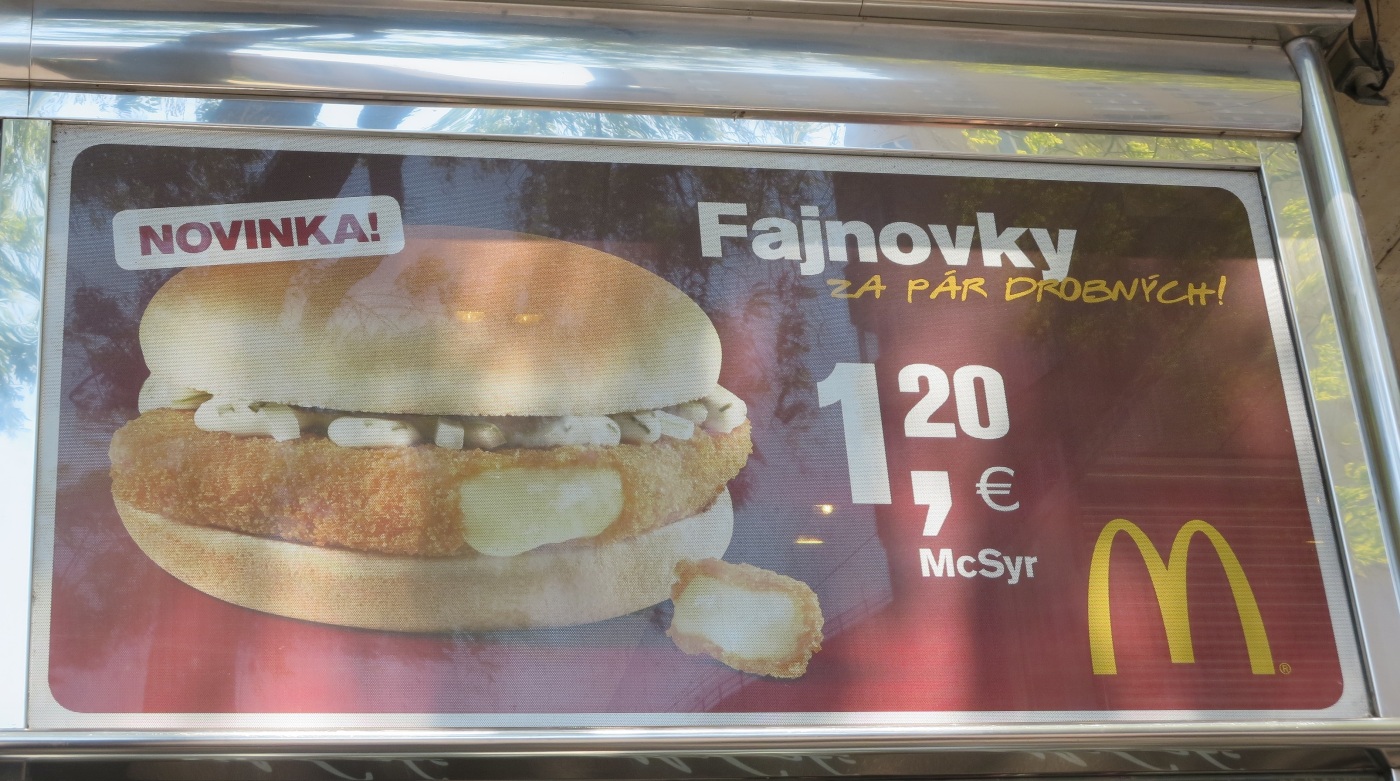 The recent New York Times article about how (un)healthy Chipotle is made me think about fast food. No, eating organic food doesn’t mean it’s healthy, any more than eating vegetarian, vegan or gluten-free food means that it’s healthy. But the point of fast food is to be fast— it shouldn’t be something you eat every day. (If you sat through Super Size Me, you’ll know. Ugh.)

As anyone with food restrictions or allergies knows, it’s best to plan ahead. Bring snacks (granola bars and dried fruit and nuts are good) or look to see what food options are available where you’re going Most major chain franchises have nutrition info on their websites.

But despite planning, squinting at fast-food information on webpages, and packing your own snacks, you still might find yourself on a road, trip, or waiting on a flight delay in an airport, with few food options available. And then it’s time to start foraging.

Two good guides are Veg Michigan’s restaurants, and if you’re on the west side of the state, check out Vegan Grand Rapids.

If you’re looking for vegan fast food, your best options are likely Mexican— like Taco Bell, Chipotle or Qdoba.

For super cheap food in a pinch, I have a soft spot for Taco Bell, which, as a fledgling vegetarian, was a favorite of mine in high school. They have an ever-changing array of taco and burrito things with beans, rice and tomatoes, and their new “fresco menu” isn’t half bad. Make sure you ask them to leave off the sour cream— it’s got gelatin in it. Also, the Green Tomatilla sauce has gluten (gusty sigh.) For more information, click here.

Chipotle does have vegan sofritas, which the website says are available at all locations— hooray! Both their pinto and black beans are vegetarian, and if you just get the burrito “bowl,” without the massive, 300-calorie tortilla, it’s not a terrible lunch.

Also Qdoba is another good one, with an option of stir-fried vegetables (nutrition here)  and I’ve seen a few along highways in northern Michigan (a good thing to keep in mind, if you’re planning a trip up north.)

Veg Michigan also recommends Del Taco, a few of which are in the Detroit area.

As a vegetarian, your luck starts to run out with burger places. Burger King does serve MorningStar veggie patties, and White Castle just starting serving veggie sliders. (Since they ain’t gluten-free, I can’t vouch for either.)

Subway also offers a “Veggie Delight,” which is just a sub with all veggies and no meat, and the elusive Veggie Patty. (I never understood why some locations had them and some didn’t.) However, their Veggie Patties do contain eggs. (I’d link to their page, but Subway’s website is refusing to display the page in English for me, sorry!)

They also have salads, which you can get without cheese, of course. Honestly, Subway is my go-to fast food option: it’s fast, you can get a pile of spinach on your salad, adding guacamole makes it pretty filling, and the chain is pretty ubiquitous.

There’s been news on gluten-free Subway bread, but it wasn’t widely available, and it’s being phased out anyway. Blogger The Savvy Celiac has a run-down on it.

Jimmy John’s has a veggie sub as well, the #6, though it hasn’t been the same since they dropped the alfalfa sprouts from the sammich due to health reasons. You can also get an “unwich,” which is a lettuce wrap. (But without the cheese, it’s a pretty sad sammich.) However, the founder of the company likes to hunt big game…

And while it goes without saying, avoid the golden arches. Since I’ve actually eaten veggie burgers in McDonald’s outside the United States, it pisses me off to no end that this giant just doesn’t put one on the menu. Especially after the beef flavoring in the french fries scandal, you’d think they’d do a better job with this. C’mon, McDonald’s, you serve a Paneer Wrap in India, but can’t partner with Gardenburger or BocaBurger to make your menu a tad more veggie-friendly? Or what about this McCheese (spotted in Slovakia?)

But it might be for the best: the worst veggie burger I’ve ever eaten was in a McDonald’s in Canada, somewhere between Windsor and Toronto. (And yes, I’m dating myself, as this was over ten years ago.)

Another end of the spectrum for fast food is the more “upscale” places, like Panera’s and Noodles and Co. Noodles and Co. does offer fresh veggies and tofu, and the menu is good about listing which sauces have cheese in them.

I’ve also had ok luck with Così, which does good salads https://getcosi.com/all-locations.html and I’ve found better quality than Panera Bread (which also does salads.) However, given the price versus quality, I nominate these places for the “eat at when you’re stuck in an airport” award.

One final note about airport food: I’ve found that Starbuck’s in airports actually serve food, and not terrible food, either.

Are there any places I’ve forgotten? Let me know in the comments!